Born in Hope, British Columbia, David Elliott moved to Hong Kong in 2003. While traveling around the world for photographic shoots and film projects as a model and actor, Elliott’s captivation with the dynamic changing landscapes around Southeast Asia, Hong Kong, China and the Himalayas cemented his stay in Asia.

Elliott’s creative vision began to take form from his base in Hong Kong, a neighbour to Guangdong – the birthplace of his great grandfather Chow Dong Hoy. His ancestor’s Canadian frontier photos – rare glimpses into the juxtaposition of cultures of Indigenous peoples, settlers and migrant workers in Canada in the early 1900’s, inspired Elliott’s desire to portray the essence of a culture’s make up through the man made architecture and objects used to function and exist in our 21 Century. Through extensive urban exploration and back country travel Elliott strives to discover the unique characteristics of his destinations and their inhabitants, his documentary fine art imagery preserving the long-standing elements within a modern edged framework. The span of Elliott’s work, widespread and varied from project to project is unified by a unique stylistic flow. His attentive contemplation of each subject draws on two decades behind and in front of the camera, giving rise to images that are both imaginative and provocative. 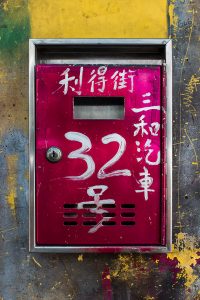