Philip Jarmain grew up near London, Ontario, with part of his childhood spent in Switzerland, Ireland and several trips to Mexico, his mother is a textile artist and father an entrepreneur, with many relatives based across the border in Michigan, USA. A childhood love of storytelling led to early fascination with film, photography and cameras with short dramas shot with an 8 mm wind-up camera becoming a side passion. His training was in film (Vancouver Film School) and years spent honing his craftsmanship as a lighting technician for feature films and episodic television and stills photographer for film. Currently based in Vancouver, BC he has been recipient of multiple Lürzers Archive and Communication Arts awards as well as other international honours for his commercial photography work. American Beauty is Jarmain’s debut art photography compilation. 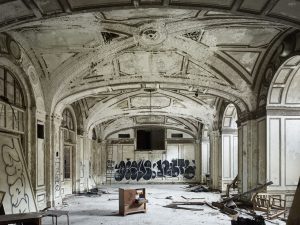