James Lahey: back to Artist 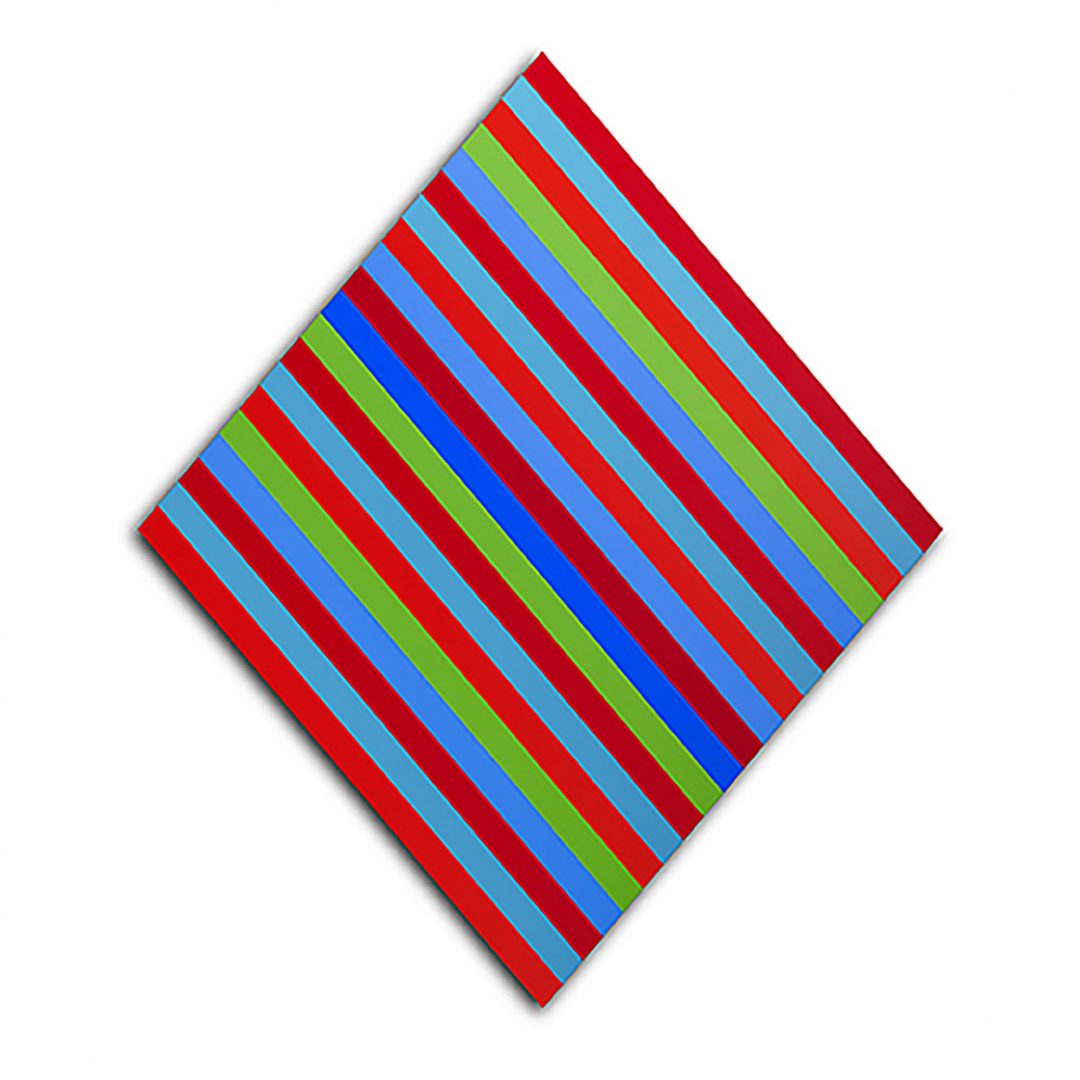 James Lahey is a Canadian artist living in Toronto, ON where he maintains his studio. He completed his BFA at York University in 1984 with studies in Art and Architecture in Italy (1982) through a joint programme with York University, Toronto and Lowell University, Massachusetts. In 1986 he obtained a certificate from the O.M.A. in the preservation of Art and Artefacts. Upon graduation, Lahey negotiated career and vocation, including positions at The Art Gallery at Harbourfront, The Power Plant, The Art Gallery of Ontario and Bruce Mau Design all located in Ontario, Canada. Since 1998, Lahey has concentrated exclusively on his painting practice and side projects in photography and collaborative outdoor installation projects. In 2001, Lahey was elected to the Royal Canadian Academy and was a Member of the Board of Directors at the Power Plant Contemporary Art Gallery in Toronto 2009 through to 2012, and a past Member of the Board of Directors for Dancemakers. Currently, James is a Member of the Acquisitions Committee for the Photography Drawings Department of the Art Gallery of Ontario, a past member of the Acquisitions Committee for Prints and Drawings at The Art Gallery of Ontario, and a current member the Advisory Board of PEN Canada. James Lahey is represented in galleries across Canada, in Britain and the United States where his work can be found in numerous private and public collections. In 2005,the MacLaren Museum installed his “Index” exhibition and published a catalogue of the same name with contributions by art writers Ihor Holubizky and Mark Kingwell. In 2007, “Index” was installed at The University of Toronto Art Centre. In 2008 James opened one person shows in New York and London where “your imperfect history” was published in conjunction with the exhibition by Flowers U.K. His project, “Guido’s Rhombus” opened at Museum London in the fall of 2009. A catalogue co-written by Ihor Holubizky, Curator of Contemporary Art at Museum London and Dennis Reid, Chief Curator at the Art Gallery of Ontario accompanied the exhibition. In 2011, “Eight Days” opened at the Nicholas Metivier Gallery, Toronto ON. A publication produced in collaboration with Toronto writer and poet Lynn Crosbie accompanied that exhibition. James’ most recent exhibition “Photographs” took place in spring 2013 with a foreword to the exhibition provided by photography artist, Ed Burtynsky. In 2015, Lahey’s large scale public project, “Spring”, a collaboration with Concord Adex, was completed. The project’s initial parameters included selected glazing on the tower, the exterior of the roof top mechanical room and a pedestrian walkway, which required the installation of windscreens. The glazing installations start at ground level and continue through to the 36th floor — on the North and South sides of the building in a glass spine visible from both inside and outside the tower. “The Rooftop” project features a pixilated blossom visible from many miles away — from the 401 Highway and from the air. The pedestrian windscreens are 3 separate obelisks positioned near a central set of stairs that lead into the retail level of the tower. A secondary project was developed for the interior public areas where these same thematic concerns have been extended. There is a chromatic shift in these interior installations; while the exterior images are high chroma, the interior images are situated just next to black and white, with only a memory of colour. 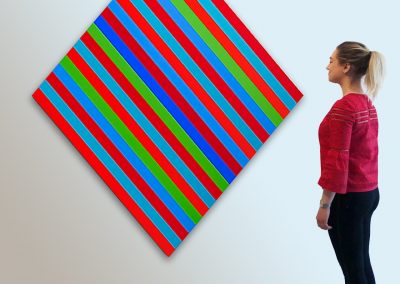